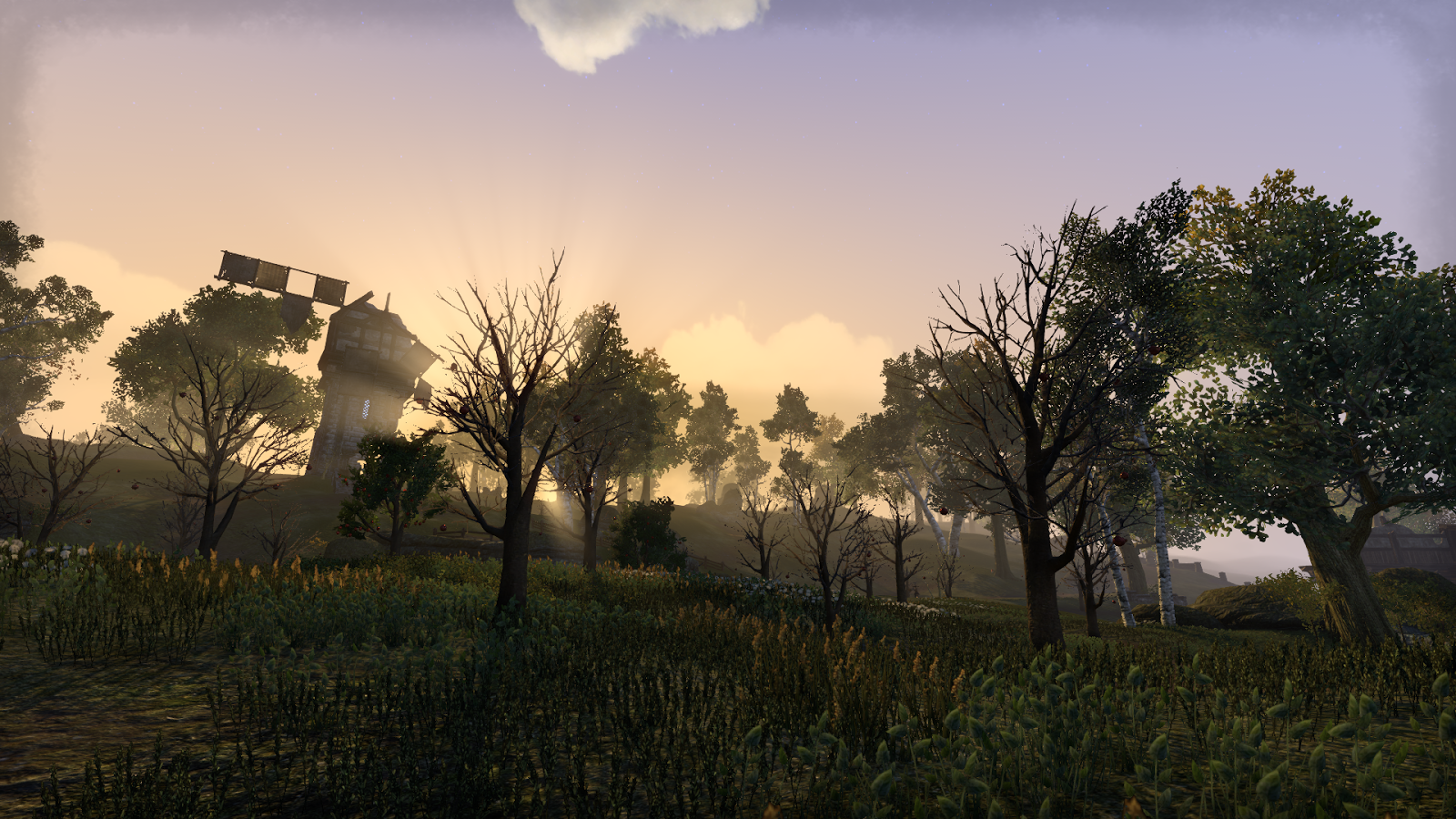 To be good in PvP requires lots of PvE to start. The towns were added so half assedly, offering boxes only. So here are some suggestions for PvE below.

Random encounters: They were some of the best things in skyrim, wondering around and seeing some NPC's you could help. These could be caravans or patrols that could give gold/mats or gear.

Bounties: Set a bounty on someone for 10min. They blip on the map from when they bounty is set. Then can disappear. Higher bounties would blip more. If not reached in time, the victim would gain the money.

Hard and soft resets: Currently nearly all the small campaigns have a monopoly on keeps that has lasted throughout multiple campaigns. Daedra could attack and maybe even take keeps as they have IC. And you would have an opportunity to take them back or to defend. Harder resets at the end of the campaign should give each alliance 6 keeps and the one outpost.

More trees: Ik this is mainly for lag reasons, but more trees (Maybe in a separate campaign for those with better PC) means more PvTreevP which is pretty cool and the only way to 1vx. And lush aesthetics are in now. Some gamers disagree about having more trees.

There are also extra suggestions for PvP.

1. Improve on the PVP quest system

Issue dynamic objectives added to a separate PVP quest log that only holds 3-4 timed quests, which are issued to everyone on your team simultaneously, and only last 15-60 mins, these could be anything from taking a keep to capping a town. On completing one everyone in the vicinity of the quest (say, near Cropsford after capturing it) gets a sack of gold in the mail, or a stack of AP tokens. The main thing here is that you'd get this kind of stuff anyway, but only if you travel back to the home base and pickup new quests (which not everyone shares, making some a pain to do).

2. The PVP map lacks a lot of useful information

PS2 fixed this with a map that shows all friendlies in real-time (from your team & squad/party). It also has "regions" that would reveal rough estimates of how many enemy troops could be found in each region of the map (it was explained with satellite imaging etc. but you can easily do the same by saying alliance mages "Scried" enemies' rough locations; TES' magic is more powerful than any technology). This lets you coordinate a whole lot better, you can see where people are going without struggling to first open a dialogue, which can be time-consuming and lead to mis-communication.

It would be helpful for PvP and PvE. If you need help or want to notify others, you have to type it out (which takes time) and sometimes you play with people speaking another language who wont understand what you say anyway. A quick-chat "wheel" would be pre-translated for whatever language their game's running in.

Some players reflect that more spawn locations are needed and reducing the cost of a forward camp.

What do you want to improvement the PvP? Tell us what you think. Our online store eso-gold.com is the best place to buy eso gold for your consoles. Also you can get the latest news or tips or guide here. Any questions you can connect us on live chat.

There are four of the most effective tips to earning kamas for your solo playing needs.

Want to make ESO gold while PvPing in Cyrodiil? Here you will find a way to achieve the goal. This method is pretty easy and simple, you will be farming Alliance Points in Cyrodiil so you can use your Alliance Points to buy items you will then sell for tons of gold to other players.

ESO Tips for Grinding the Characters

This page will tell you tips of the grinding. A good grind spot is much important. As it becomes too populated when the grind spot is exploited enough.

Buy Cheap TESO Gold with 100% security at www.ESO-GOLD.com. You can receive the Elder Scrolls Online Gold within instant delivery once we check your payment.